Option for UK Spouse visa holders who are victims of domestic abuse, violence or abandonment

Option for UK Spouse visa holders who are victims of domestic abuse, violence or abandonment

Adilah is from Afghanistan and in 2012 she entered a new phase in her life when she married a British citizen, and moved to the UK on a spouse visa. She moved to the UK with a lot of happiness and excitement. Lot of things for Adilah were different and beyond her imagination, things started to take a turn when she was asked by her husband to never leave the house alone, forced to take up all household chores by her alone. The days worsened for her when she was only allowed to speak to her parents on the phone with her husband’s supervision. Adilah had her way to keep herself calm and composed as during her motherhood she was able to spend all her time taking care of her 2 kids.

After long four years, she was extremely happy when her husband asked they could finally visit Adilah’s family in Afghanistan along with him and children for two months! This was end to her excitement when she found out from her husband at the airport, that she can go to Afghanistan to meet her parents and whilst he goes to see his own family and introduce them to the children AND with a promise given to her to pick her up soon. A week passes. Adilah tried to reach out to her husband to speak with her kids, but never got a chance. Adilah kept waiting for weeks in desperation for a sight of her children and visited her in-law residence. Adding to her misery she was informed by her uncle that Adilah’s husband and the children had to leave in a rush to the UK as Adilah’s mother-in-law is keeping unwell. Adilah was disheartened and kept trying and managed to get hold of her husband through a friend. Adilah’s husband informs that due to the rush he mistakenly took her passport and her residence permit with him and promised her to send it back to her by courier. Adilah waited for a month having no news, no communications and no courier.

It came to a point where Adilah realized something is not right and visited the British Embassy to ask for help to travel back to the UK, she is informed that she is required to submit a new visa application sponsored by her husband. Adilah was devastated, she felt abandoned as her first application for completed by her husband and here she is stuck!

At The SmartMove2UK unfortunately this is one of the several cases that we come across. Principal Solicitor Falguni Y Parekh shares instances of applicants who are on spouse visa in the UK being victims of baseless complaints, mental torture and abuse. And unsurprisingly this is not specific to a particular gender, we have seen such instances occurring for spouses of either gender.

What is the phenomenon of transnational marriage abandonment?

Adilah’s story is not the only story out there and there are many women and families like her with different and difficult situations such as some may be abandoned with their children, some have an indefinite leave to remain when they were abandoned and some have even overstayed.
The only thing is common is a pattern of abuse and controlling behaviour which culminates in abandonment overseas, where the predominantly the women spouses are stranded and this phenomenon is known as “transnational marriage abandonment”.

As per the Practice Direction 12J of the Family Proceedings Rules 2010 confirm that transnational marriage abandonment is a form of domestic abuse.

The transnational marriage abandonment is defined by Southall Black Sisters as: “the deliberate removal of vulnerable migrant women from the protections of this country [UK] by their husbands and in-laws who discard them abroad as if they were disposable commodities. It is an extreme form of psychological abuse since it denies women access to justice in the UK. It amounts to a gross violation of dignity and human rights.”

The court of Appeal in the case of Re A (Children) [2019] EWCA Civ 74 found that “the core feature of the concept of stranding or abandonment is the exploitation or the attempted exploitation by one spouse of the other’s vulnerability or weakness to seek to ensure that they are not able to come to or return to the UK. The court observed that stranding is a broad concept and can include any action taken by a spouse who puts obstacles in the way of the other spouse being able to return to the UK.”

What is the position of stranded spouses under UK immigration law?

Adilah and lot of other women often find it extremely difficult to return to the UK.

Immigration law lags behind the family jurisdiction in its response to the transnational marriage abandonment phenomenon.

There was a case where women who had indefinite leave to remain in the UK and was stranded for over two years. Their indefinite leave to remain lapsed, and weren’t able to apply for a returning resident visa, hence the options and recourse varies from immigration category. There is another case of women whose leave as a spouse was not cancelled and who simply applied for a replacement biometric residence permit when the relationship with the British spouse has broken down, it is hard to argue that the stranded spouse is still entitled to a BRP issued on the basis of that relationship as one of the requirements is to establish a genuine and subsisting relationship.

In the case of Re S (A Child) [2010] EWHC 1669 (Fam) for ‘Guidance in cases of stranded spouses’, Mrs Justice Hogg issued guidance to be followed where there such case. The guidance includes family courts issuing orders to request the stranded spouse to return to the UK to participate in family law proceedings, and ask immigration authorities for assistance in issuing visas. Unfortunately, not all stranded spouses will have initiated family law proceedings, and Entry Clearance Officers do not always grant a visa even when such orders have been submitted and the spouses would have to rely on the discretion of sympathetic caseworkers. The clear circumstances have been set out with a request to the Home Office to allow submitting an application outside of the Immigration Rules where the applicant’s are issued with a visa outside the Rules, valid for one to three months and which allows them to re-enter the UK and make a further leave to remain application from within the country.

The provisions for migrant domestic abuse victims were first introduced in 1999, following campaign by Southall Black Sisters and now the immigration rules are found at Section DVILR of Appendix FM of the Immigration Rules. It can be concluded that the stranded spouses have to resort to the sympathy and discretion of individual caseworkers which would mean that only few privileged or exceptional ones may able to manage to return to the UK. Unfortunately, one of the requirements of the rules is that an applicant must be in the UK at the time of the application, excluding stranded spouses.

There is a clear loophole in the system as abusers can prevent their spouses from exercising their right to apply for indefinite leave as victims of domestic abuse – by stranding them outside the UK.

Recommendation to the Home Office

The Home Office should consider changing the rules to allow victims of domestic abuse to apply for indefinite leave to enter from overseas, this would necessarily not solve the issue of transnational marriage abandonment, but it would certainly open another window for them to apply from overseas which would put an end to the exploitation that the abusers are enjoying.

If you are in the UK on spouse visa and are a victim of abandonment from your British citizen spouse or person settled in the UK or have faced domestic violence or abuse during your time in UK on spouse visa or partner visa contact us on the below mentioned contact details, to speak to a member of our Immigration team about your rights in the UK. Or you can ‘Book an Online Consultation‘
(All details will be kept private) 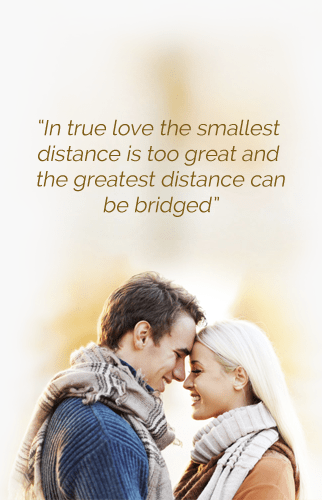